Pontoon boats are having a renaissance these past few years with more boat shows featuring pontoon boats of all sizes. One reason why these boats have started to become increasingly popular is because of their versatility.

If you’re new to pontoon boats or boating in general, you might not know a lot about these widely popular vessels. Here is a list of the most important things to know.

10 Things for You to Know about Pontoon Boats

Pontoon boats have managed to stand out in recent years thanks to their unique design and functionality. Therefore, it is worth talking about the interesting history of pontoon boats and where they came from.

Where They Come From

The first recorded use of something that could resemble a pontoon boat was during the Zhou Dynasty. The emperor would use these steady “ships” as bridges to help soldiers cross long bodies of water. However, the first modern-day pontoon boat came from Ambrose Weeres. He created a high platform boat from welded metal and wood that was much steadier in lakes than anything else at the time.

He lived in Richmond, Minnesota and worked as a farmer. The first boat he sold was “The Empress,” He would soon start Weeres Industries to meet increasing demand. One of the fun things to mention regarding this story is that he would later be known as “Mr. Pontoon.”

Why They Are so Popular

They Can Have a Raised Helm

One of the many reasons why pontoon boats are so popular as party boats is because they often have a raised helm. It allows the captain to keep an eye on the rest of the passengers and offers a better view of the open waters, making pontoon boats one of the better boating options for beginners.

Pontoon boats, generally speaking, have weaker horsepower, hence, they are usually much cheaper than regular front deck boats. Even though some of the cheaper pontoon boats are smaller and have a less powerful engine, they still offer plenty of versatility for most boaters.

They Are Very Safe to Drive

Pontoon boats feature a unique design, allowing them to stand a little taller than most cruisers. Its shape also allows pontoons not to tilt as much when driving, making them easier to maneuver. One of the fun things about these boats is that beginners like to drive them because they are slower and can be much easier to handle. Easier handling also means that pontoons are easier to dock than other boats.

They Come with Many Accessories

Another fun thing to know about pontoon boats is that they are very customizable. The basic square and rectangular shape of most pontoon boats means that their deck can feature many accessories. Some people go as far as to install a small bar on their pontoon deck. Therefore, you can get creative with your pontoon boat accessories.

They Have Plenty of Storage Space

One of the best things to know about pontoon boats is that it comes with a lot of storage space. The deck alone is often big enough to house all essential things that a family could need. A few modifications can help increase its capacity by creating a second deck or building more compartments.

They Are Great for Beginners

Along with being easier to drive, they are also much safer. The unique shape and design of a pontoon boat mean that it is almost impossible for it to tip or flip over. The boat’s weight rests evenly on two tubes, which stand high above the water. In many ways, it is a lot safer than most other boats. 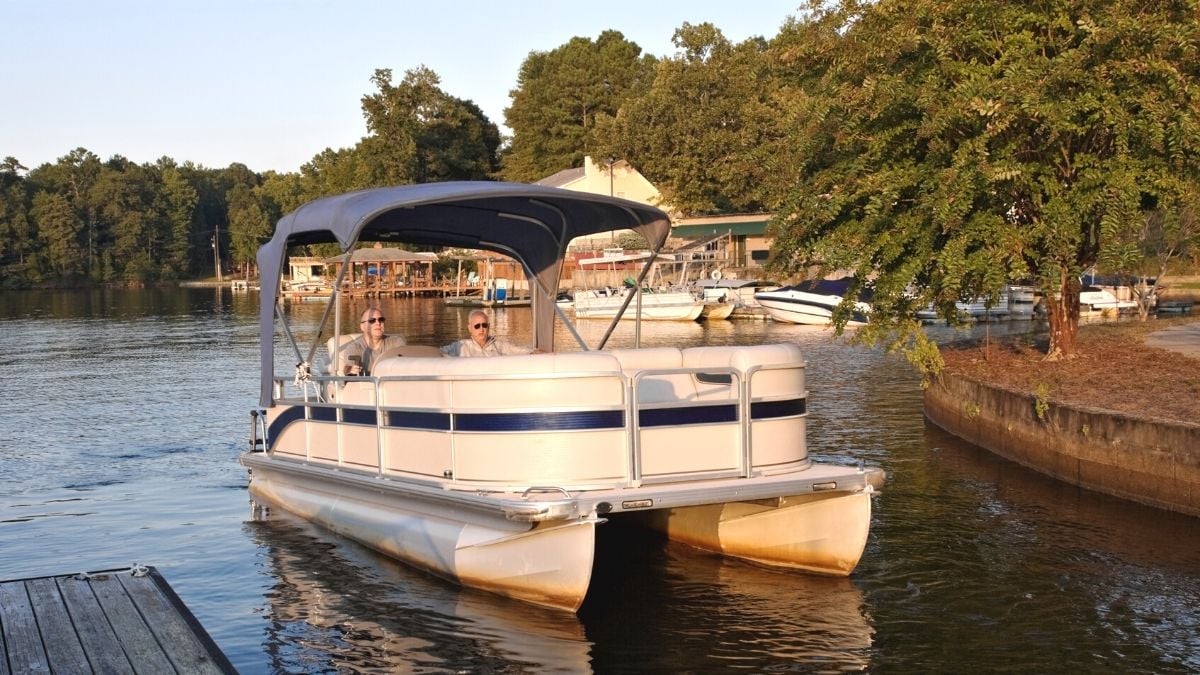 They Are Great for Parties and Small Gatherings

Since the deck of a pontoon boat is flat and offers plenty of open space, it is perfect for parties and small gatherings with many guests.

You can accommodate many people on a pontoon boat, with the smaller ones having enough space for approximately eight people. The steady design also ensures that people can walk around easily without worrying about a rickety boat.

The average pontoon boat works great as a regular boating vessel and a fishing boat. What if you just want to cruise around a lake? Well, you can do that too. Besides, if you buy a pontoon boat with a more powerful engine, you can even use it for different water sports. 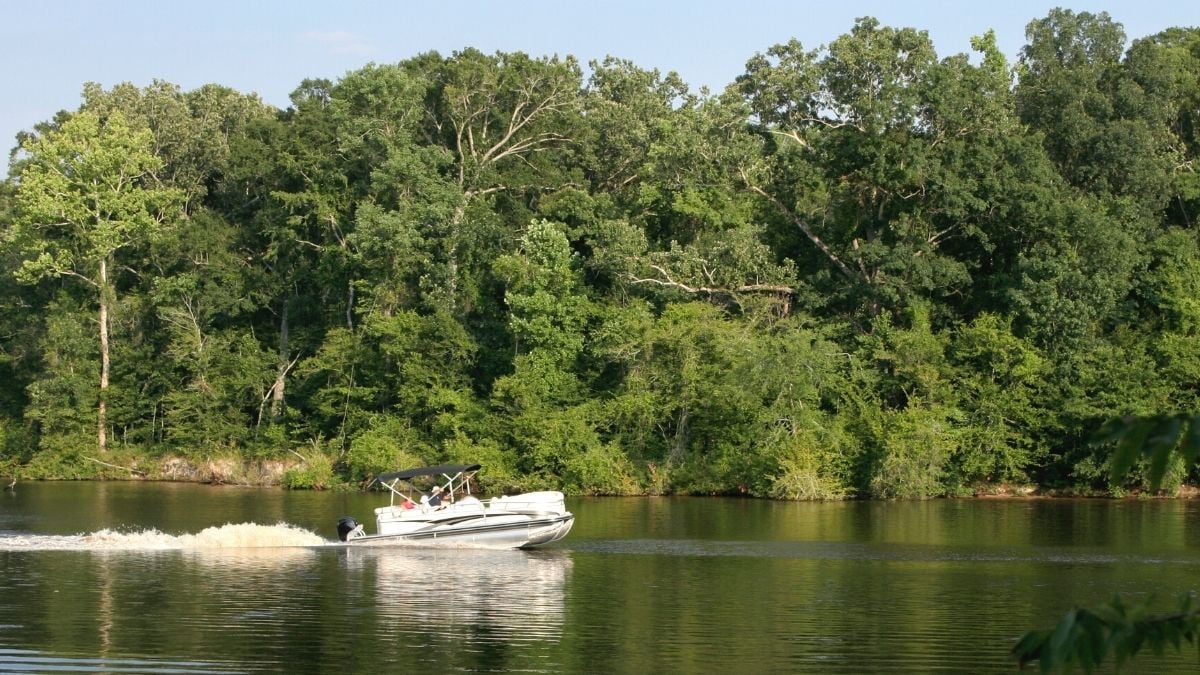 Popular Types of Pontoon Boats in the Market

From Fishing to Water Sports, Pontoons Can Do It All

An important thing to know about pontoon boats is that there is no set size or type. Different people have customized their boats to offer themselves something unique, which could be a faster driving experience or a more luxurious one. Therefore, depending on what you want your pontoon boat to do, you can easily find a vessel.

For example, the quad seating pontoon boats have become increasingly popular because they offer a smooth and luxurious ride through the open waters. There are also triple tube pontoons called tritons, which are faster and significantly more stable. Or, if you plan on having more fun, why not why not add a second deck on top of the first one?

What Is the Best Size for a Pontoon Boat?

The best size for a pontoon boat depends on what you want. Boats under 19 feet are generally good for smaller waters, while boats that are 22 feet work better in rivers and lakes. The smaller boats can accommodate up to 8 people, and the more medium-sized ones can have 13 people.

Should You Choose a Triton Instead of a Pontoon?

Pontoons come in two popular types: the bitoon and the tritoon. Tritoons have three tubes under the hull, whereas bitoon only have two. By having just one more tube, tritoons offer more stability, feature a faster engine, and handle waves better. The only downside is that they are often more expensive.

What Size Motor Should a Pontoon Boat Have?

If you want to enjoy water sports and a fast ride, a 200-horsepower motor is a good option. On the contrary, if you just want something to cruise in, 100 or even 90 horsepower will be fine.

Can You Flip a Pontoon Boat?

It is almost impossible to flip a pontoon boat, whether a bitoon or a tritoon. Their unique design makes them almost incapable of flipping over, with reports of such incidents happening being very rare.

Pontoon boats can be a great option for different people as it is stable, versatile, and spacious. If you’re looking for the right pontoon boat this spring, you can find one at Boatim. 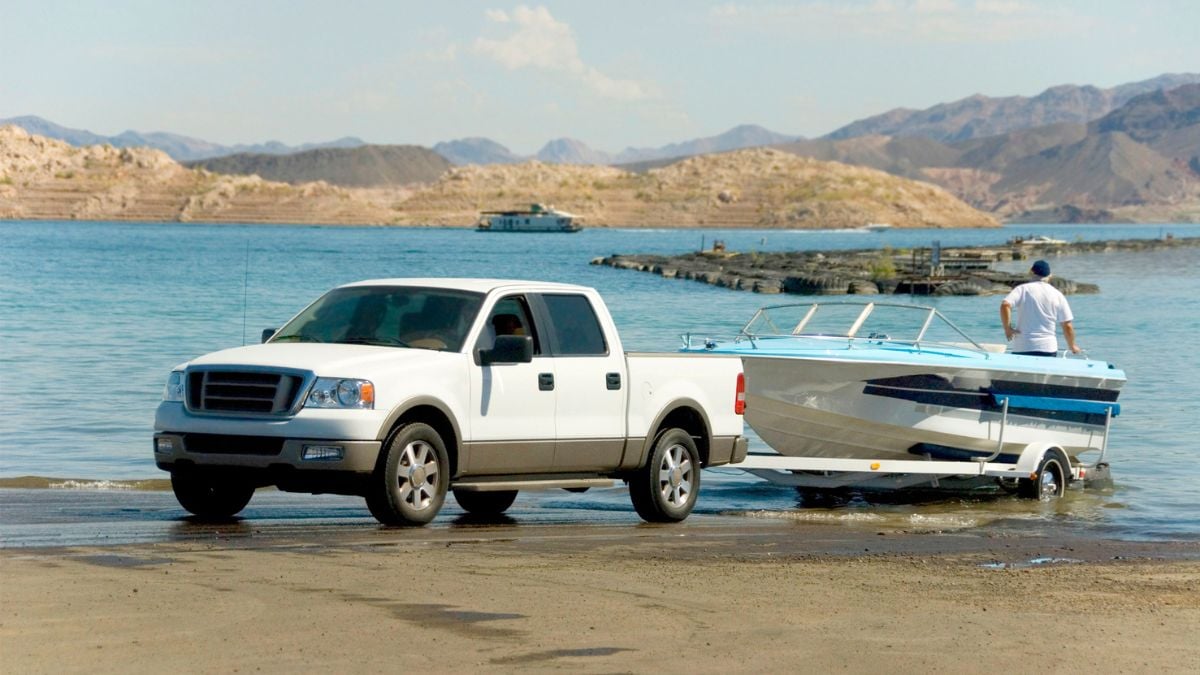 Loading and unloading a watercraft can be two of the trickiest tasks for inexperienced boaters. Even...
June 7, 2022 Read more 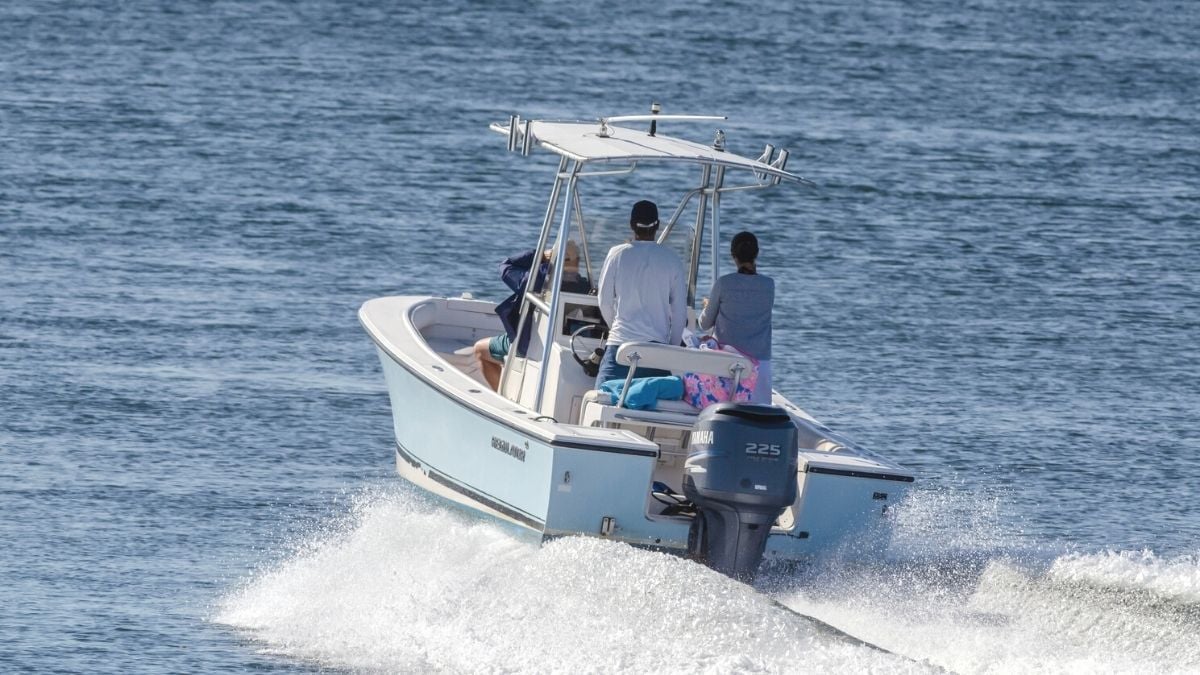 Inboard vs. Outboard Motor: Which One Should You Choose?

The motor of a boat can greatly impact the type of boating activities that you can enjoy, as well as...
June 1, 2022 Read more 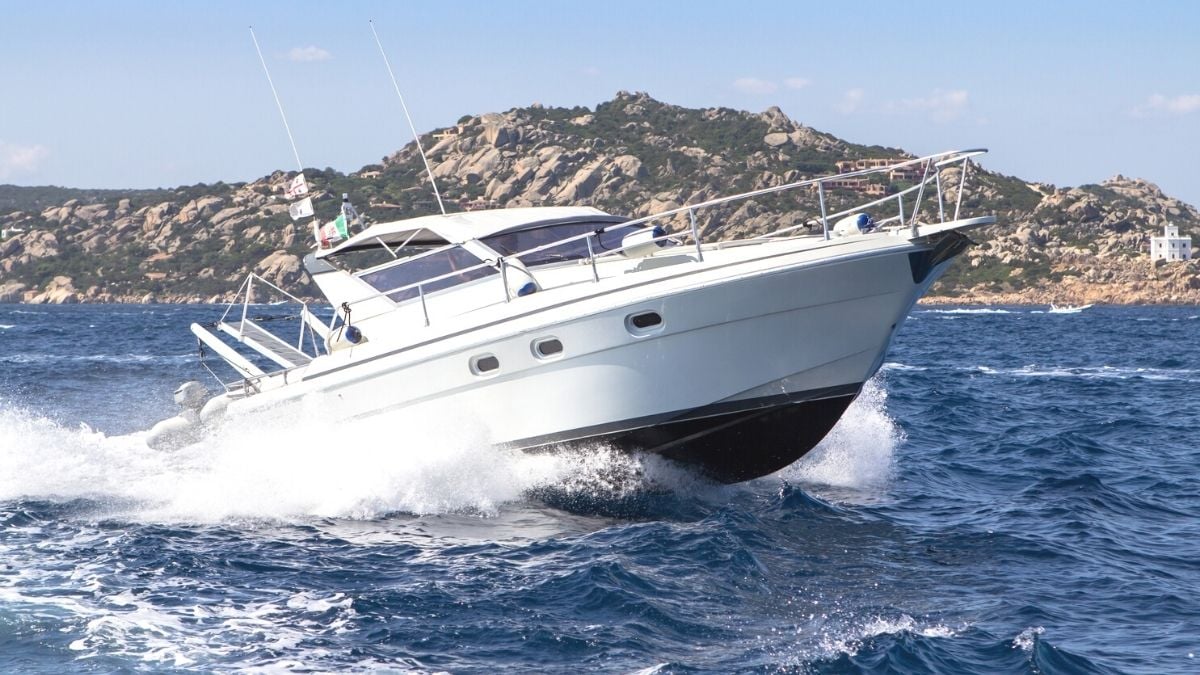 8 Tips to Navigate a Boat through an Inlet Safely

You will rarely encounter any challenging inlet passages, but you may still face difficulties naviga...
May 11, 2022 Read more 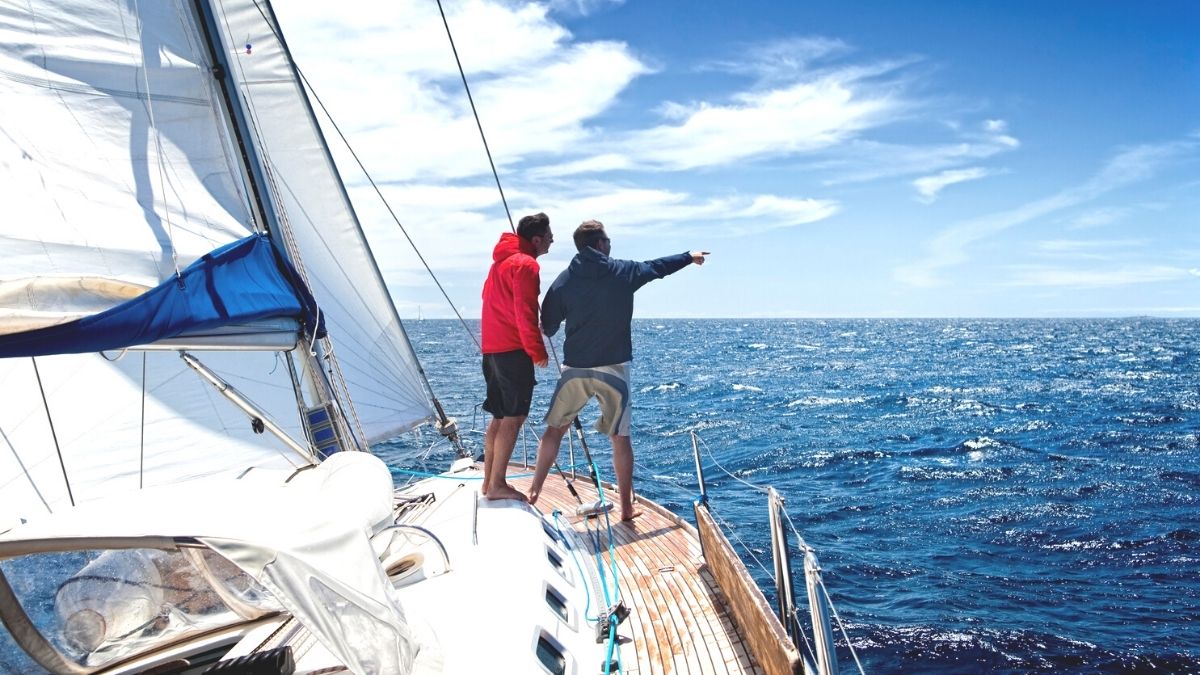 Sailing 101 | How to Prepare for a Sailing Trip

Stepping away from the hustle and bustle of the city on a sailboat can be a wonderful experience. Th...
April 26, 2022 Read more