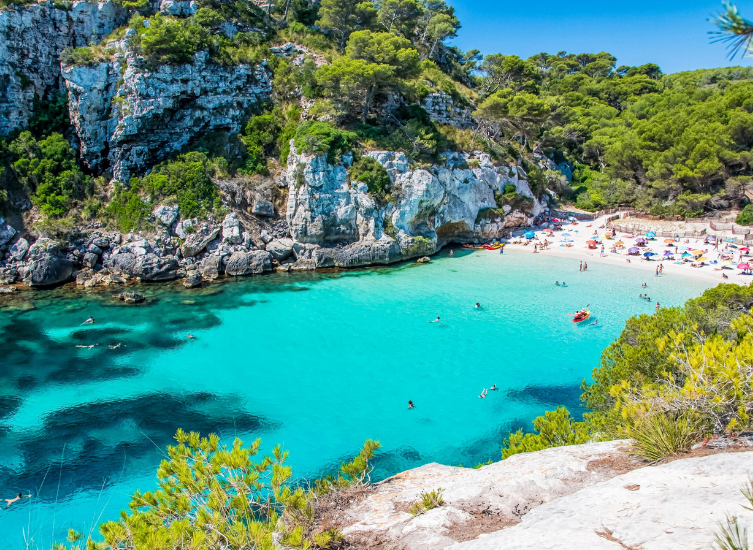 Hola and welcome aboard! We’re taking a trip along the renowned Spanish coastline to see the best beaches in Spain that are accessible by boat. If you’re dreaming of a safe, post-COVID summer holiday, look no further than these breathtaking regions.

Spain is a country rich in culture and history and its ample coastline offers some of the best beaches, ports, and marinas that are perfectly suited for yachts and boats. If it’s not already, Spain will soon be at the top of your travel destination bucket list.

Best beaches in the Catalonia region

The Catalonia region in northeastern Spain is a must-visit region, known for its lively beach resorts, the Pyrenees Mountains, and the historic regional capital of Barcelona. Here are our top beach picks in the Catalonia region.

The Costa Brava, which translates to “The Wild Coast,” offers over 200 kilometres of rugged coastline, stretching from the town of Blanes to the French border. Costa Brava is one of the most popular coastlines in Spain and that’s why the exciting Platja gran de Palamós is at the top of our list!

Platja gran de Palamós is a stunning beach, featuring golden sands, 5-star resorts, and numerous bars and restaurants. Plus, you’ll be steps away from the Club Nàutic Costa Brava – a scenic marina with fantastic facilities.

The Costa Dorada, southwest of Barcelona, is another popular coast in the Catalonia region. The name translates to “The Golden Coast,” which is fitting because of its fine golden sands, pristine waters, and breathtaking natural landscapes. It’s close to Tarragona, where you can visit must-see ancient ruins from its time as the Roman colony of Tarraco.

This is why you can’t beat Playa Horta de Santa Maria. Horta De Santa Maria is easily accessible by boat and especially safe for swimming, with several breakwaters and containment walls. Behind this quiet and clean beach, you can take a stroll to see some of the ancient ruins for yourself.

Are you in the market for a new or used boat or yacht to kick your summer into high gear? Visit us at BOATIM – your online marketplace for all things maritime.

The Comunidad de Valencia region is on the southeastern coast of Spain and is known for its 500 kilometres of spectacular coastline. In this region, you’ll find sandy beaches, vibrant nightlife, and gothic architecture.

The Costa del Azahar, which translates to “The Orange Blossom Coast,” is located near the town of Peñiscola. It’s not as busy as Costa Brava, so if relaxing on the water is your vibe—this is the coast for you.

Playa de Peñíscola is a top pick for families because it has safe, shallow waters and the historic Peñíscola Castle nearby. It's located steps from the Puerto de Peñíscola, which is a small but scenic port for yachts and boats.

The Costa de Valencia stretches from Port de Sagunt in the north to Oliva in the south of Valencia. The historic Valencia City is another must-see, where you’ll find the Gothic Monastery of El Puig, the Cullera Castle, and the Roman Castle of Sagunto.

Playa de la Malvarrosa, steps from La Marina de Valencia, is one of the best beaches in Spain. The clean, long city beach is expansive and is bordered by a bustling promenade with shops and restaurants.

The Costa Blanca, also known as The White Coast, is one of Spain’s most well-known coasts and is popular with vacationers from all over the world. It can get busy in the summer, as it provides a lively social scene. Many of the original fishing villages have been swallowed by sprawling resorts, however, there are still some left, like Xàbia.

This is why we picked Playa de Les Bovetes in the town of Dénia – a welcoming blend of a traditional fishing town, beach resort, and foodie destination. Les Bovetes is a clean beach with great amenities, such as volleyball nets, a chiringuito (beach bar), and public restrooms. It’s close to three of Port Dénia’s marinas, making it the perfect destination for yacht and boat lovers.

Not sure what to bring on your next boating excursion? Be sure to read our printable boating checklist before you set sail.

Best beach in the Murcia region

Murcia is a region and province located in southeastern Spain. Its Mediterranean coastline, Costa Cálida, offers visitors 250 kilometres of stunning beaches. The area is also known for its agriculture, with orchards, olive groves, and vineyards nestled between the mountains, castles, and villages.

The Costa Cálida, which translates to “The Warm Coast,” is a unique coast due to its microclimate. Costa Cálida has comparatively hot annual temperatures compared to other coasts and receives less than 34 cm of precipitation annually.

Playa de Las Salinas is our top pick for this coast. Located in Los Alcázares, the beach offers beautiful silver sands and is accessible by boat. One of the best ports in the area, Puerto Marina de Las Salinas, offers great facilities for boaters.

Best beaches in the Andalusia region

The large Andalusia region borders Spain’s southern coast and offers rolling hills, rivers, and picturesque farmland. It was under Moorish rule from the 18th-15th centuries, which greatly influenced the region’s architecture.

Playa Marina de la Torre, located in the beach town of Mojácar, is a great example of Costa Almeria’s beauty. Here, you can participate in watersports such as kayaking, sailing, and wakeboarding. Then, you can walk to the end of the beach to check out Laguna del Río Aguas, which is a protected natural area where the river meets the sea.

The Costa Tropica, also known as Costa Granadina, is located in southern Spain in the province of Granada. In the past, Costa Tropica was overlooked in favour of Costa del Sol. But now, Costa Tropica is much easier to access with a new highway and cheaper prices. Costa Tropica offers pristine beaches, quaint villages, and historic sites.

Playa Los Berengueles is a sandy cove, protected from the strong winds coming from Malaga. This creates a calm and inviting surf with small waves. It’s also one of Spain’s top beaches for scuba diving. Playa Berengueles is just a 3-minute walk from Marina Del Este – one of Spain’s best marinas.

The Costa del Sol, which translates to The Coast of the Sun, is a well-known and popular holiday destination on the Mediterranean Sea that welcomes millions of international tourists every year. The area is known for its beautiful beaches and its amazing ports and marinas.

Playa de Maro is a gem of Costa del Sol. The pristine water makes it perfect for snorkelling, sea kayaking, and scuba diving. Plus, the Maro Waterfall is only a 10-minute paddle away. If you’re going by land, it isn’t the easiest beach to access so make sure you’re wearing proper footwear.

The Costa de la Luz, translating to the Coast of Light, is the western part of the Andalusia region that faces the Atlantic. It boasts golden sand beaches and is known for its hidden coves and turquoise waters. The reliable onshore winds and waves attract windsurfers and kiteboarders from all over the world.

Playa Islantilla is a long, quiet beach that seems to go on forever. This beach is located in the quaint town of Isla Cristina, which is one of the most important fishing ports in Andalusia. Playa Islantilla is the perfect beach for a day of relaxing and admiring seashells.

Best beach in the Galicia region

The Galicia region is a verdant region with an Atlantic coastline. It’s bordered by Portugal to the south, the community of Castile to the east, the Atlantic to the west, and the Cantabrian Sea to the north. Celtic heritage has greatly influenced this region.

Galicia, with over 1,660 kilometres of coastline, is one of the lesser-visited coasts by foreign tourists. The rugged coastline boasts white, sandy beaches with plenty of hidden inlets and coves. You’ll also find ancient seafaring villages, historic cities, and lush countryside.

Playa de Roda, located on Islas Cíes (Cíes Island), is the ultimate beach for maritime lovers. The beach consists of soft white sand and a calm lagoon of crystal-clear sea. A 40-minute boat ride from the town of Baiona on the mainland makes it the perfect day trip. In Baiona, you can dock at Puerto Deportivo de Baiona.

Best beach in the Asturias region

The Asturias region, located in the northwest of Spain, is known for its rugged coast, religious sites, and medieval architecture. It has a maritime climate, so it receives a little more rain than other regions, however, the lush vegetation and vast greenery make it a must-visit.

The Costa Verde translates to “The Green Coast,'' which makes sense because of the coast’s beautiful vegetation. The Costa Verde offers over 250 kilometres of coastline on the Bay of Biscay, south of the Celtic Sea. You can explore wooded national parks, dramatic mountain ranges, as you can imagine, some truly gorgeous and untouched beaches.

The Cantabria region, also known as The Paris Vasco region, is located in the Basque Country, home to the Basque people. It’s located in the western Pyrenees, straddling the border between France and Spain on the coast of the Bay of Biscay.

Costa Vasca is dominated by a warm, humid, and wet oceanic climate. If you’re interested in the history of Basque Country, Playa de la Concha is the beach for you. Located in the historic coastal city of San Sebastián, the beach has been referred to as the most beautiful city beach in Europe.

At Playa de la Concha, you can enjoy a beautiful sandy beach, framed by Urgull Mountain, the harbour and city hall, and Igueldo Mountain. You can dock your vessel at Puerto Deportivo, where you'll be steps away from world-renowned restaurants and the picturesque bayfront promenade.

As you can see, the Spanish coastline has so much to offer maritime lovers of all kinds. While it may be near impossible to pick a favourite Spanish coast, we hope this guide to the best beaches in Spain will help you plan future vacations. Whenever you’re ready to travel again, BOATIM has you covered with everything you need to get out and enjoy the water.

BOATIM is more than the world’s largest online boat marketplace – we’re the next-generation platform, connecting buyers and sellers of new and used boats and yachts. Take a look at our online marketplace and see if there’s something that catches your eye today.

Come on board, Captain! 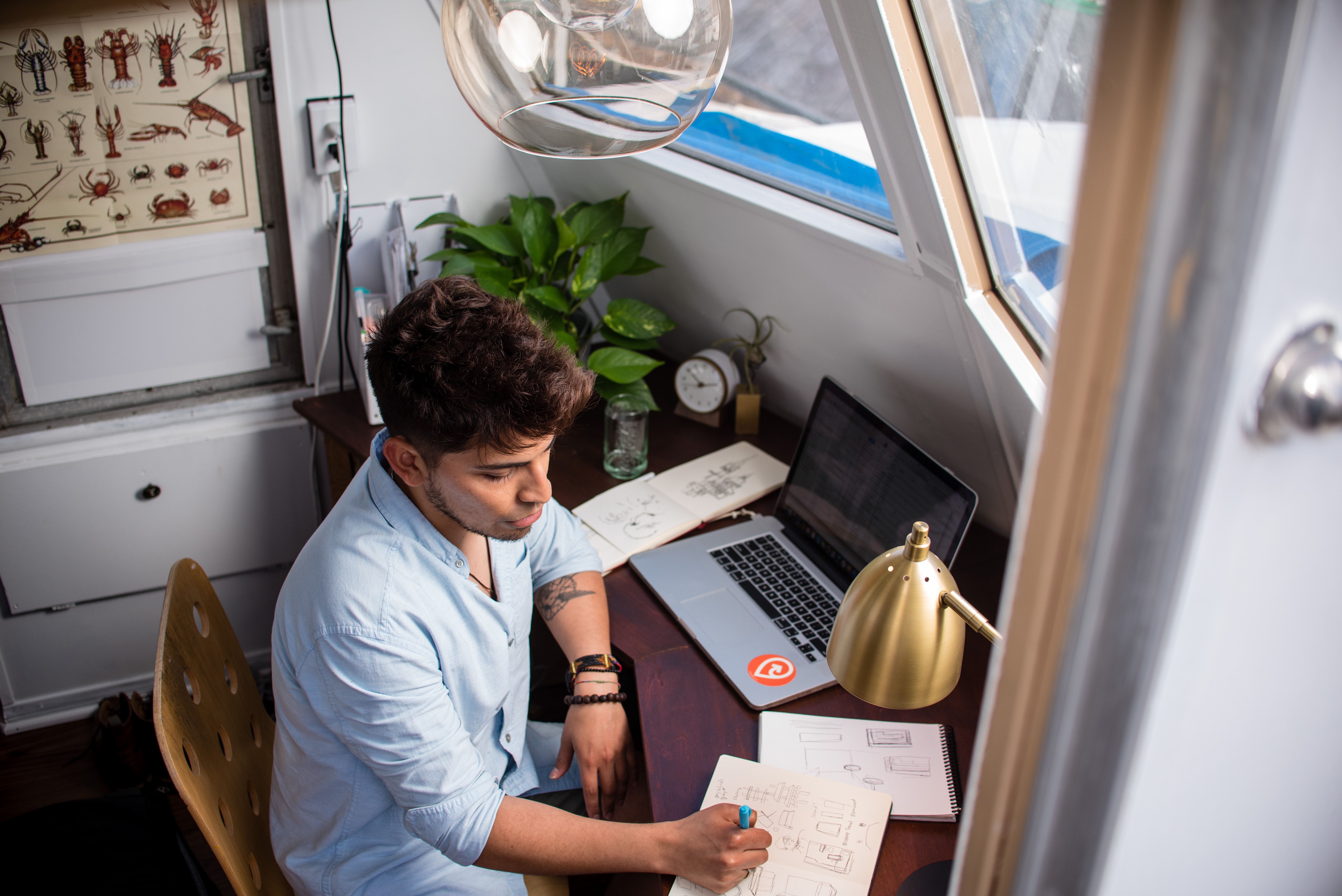 The global state of alarm has shone a light on industries who’ve successfully invested in digitaliza...
September 14, 2020 Read more 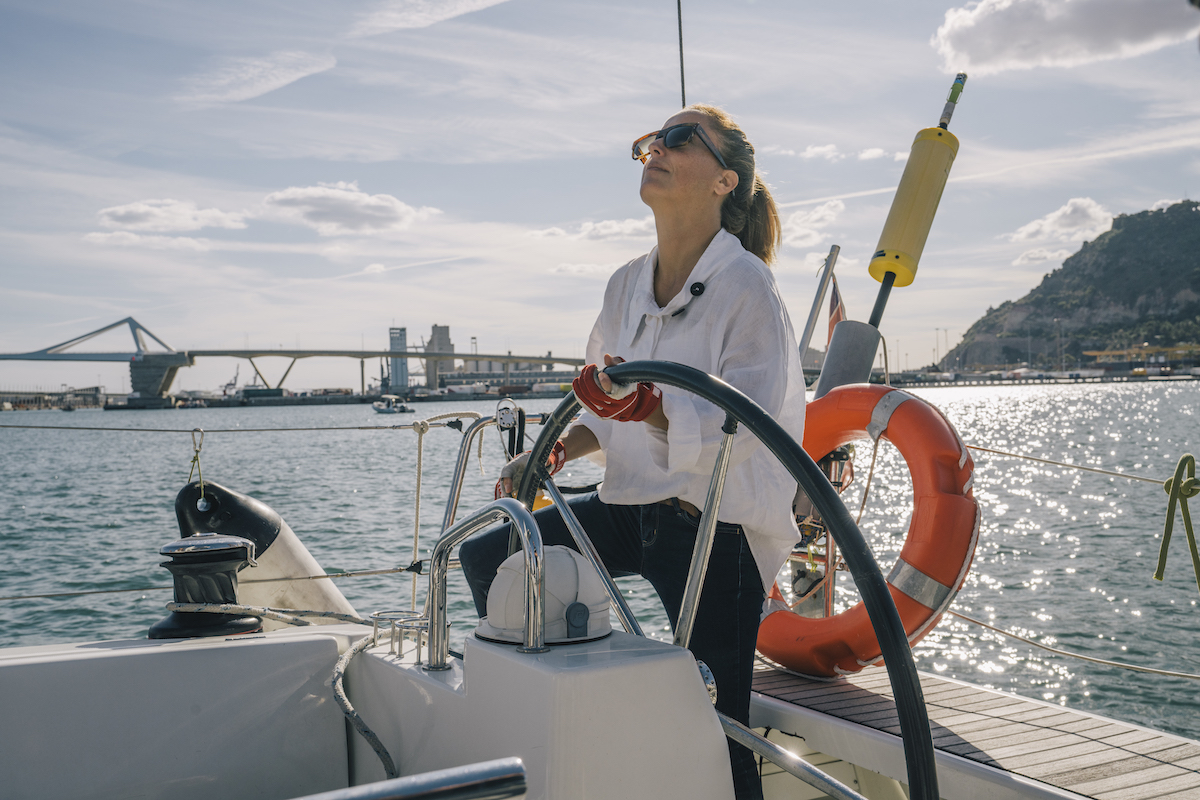 You want to navigate in Spain but you don't know which license you should have? Here is a recapitula...
October 15, 2020 Read more