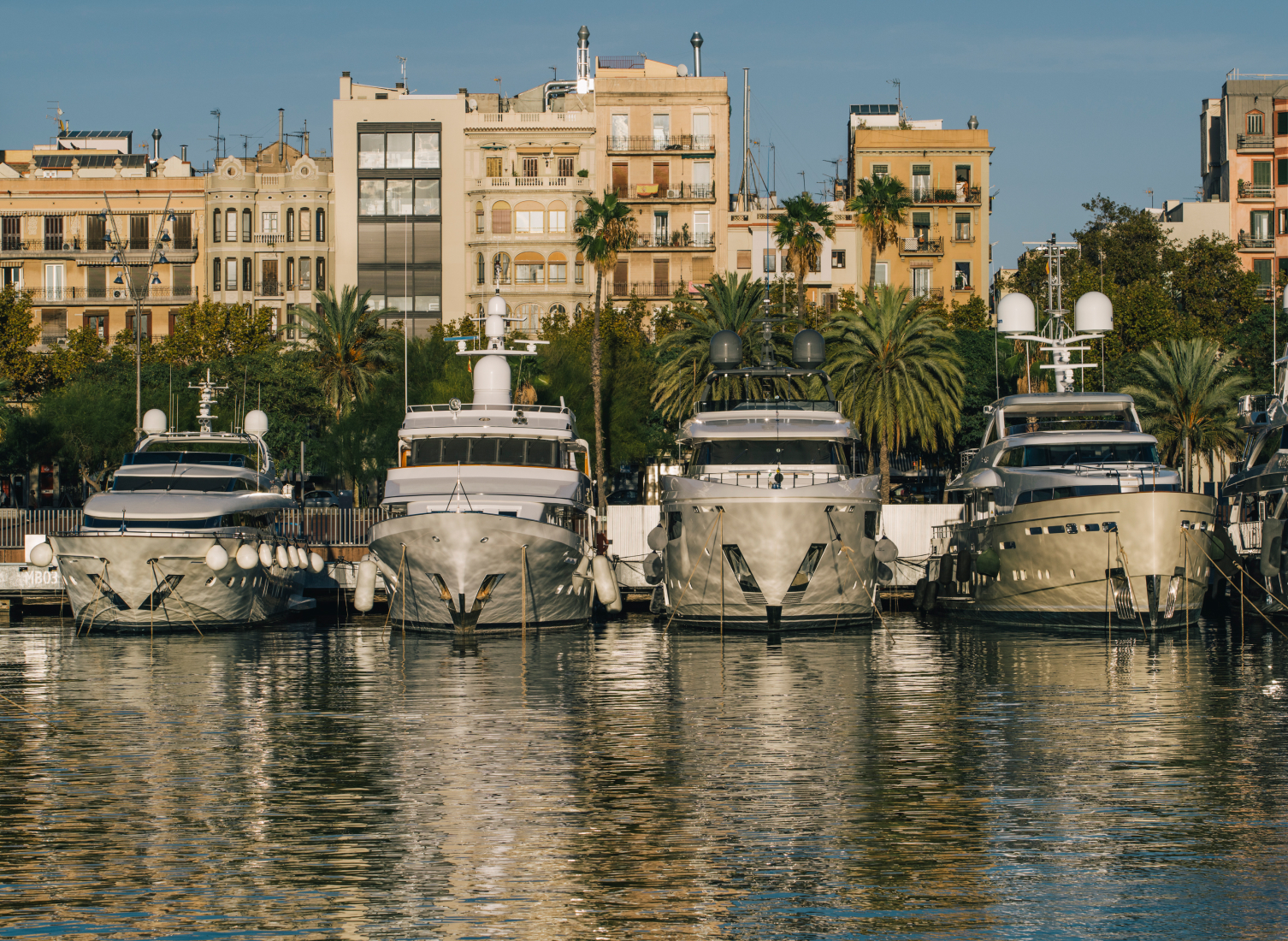 We asked you which are your favorite yachts on Instagram, and we selected 8 of them to create the ultimate Megayacht collection—just for the pleasure of the eyes. Looking forward to it? Let's start!

First in the list: the Maltese Falcon. Back in 2000, Tom Perkins commissioned the construction of the largest sailing yacht at that time. Built by Perini Navi, this 88-meter Megayacht became famous for her innovative sails—rotating based on the direction of the wind. The construction of this giant vessel took 6 years, until 2006. Three years after the delivery, the owner decided to sell his sailyacht. Elena Ambrosiadou then purchased the Maltese Falcon, at the asking price of 70M€.

Fun fact about the Maltese Falcon

Starting at the very beginning of the Flying Fox story, it took 3 years to only design this extraordinary vessel. His owner wanted to make everything perfect for his guests on board: largest pool on a yacht, professional dive center, cryotherapy spa, etc. In 2019, the megayacht is finally on the water and is 136m long. Built by Lurssen shipyard in close collaboration with Imperial, the Flying Fow won the World Superyacht Trophy in 2020, an achievement for the owner!

Fun fact about the Flying Fox

A luxury 286' megayacht cruising at 20 knots in the Mediterranean, that's the vessel Oceanco imagined and built back in 2007. The exterior of the Alfa Nero has been designed by Nuvolari & Lenard and the interiors by Alberto Pinto. The megayacht has won an impressive number of awards for its innovative design for megayacht living and has also set new standards in the luxury charter yachts market. To this day, the owner of the incredible Alfa Nero is Andrey G. Gurvey, a Russian billionaire who acquired the vessel in 2014.

Among your favorite megayacht, the Eclipse occupies inevitably an important place. She is the world's second-largest megayacht and, surely one of the most expensive private yachts—with a value estimation at US$ 590 million. But who's behind this out-of-the-ordinary vessel? When has she been built? In 2009, after 5 years of design and construction by Blohm & Voss, the Eclipse was finally ready for navigation—and quite a luxury navigation. She measures 533’1″ (162.5m) in length, 72’2″ (22.00m) in width, and 19’4" (5.90m) in the draft. In 2010, Roman Abramovich, owner of the English football club Chelsea, purchased the megayacht and still owns her today.

Fun facts about the Eclipse:

Technical and sporty, the 8X Pershing will fulfill the navigating desire of numerous boat enthusiasts and speed lovers. Using the carbon fiber technique, every component of the yacht has been designed to be lightweight, speedy, and hyper-performing while giving the guest an enjoyable experience. With an exceptional design and aesthetic, powerful engines, and a sophisticated maneuvering system, the new Pershing has been and still is a huge success among yacht amateurs.

When he exposed his project and vision to multiple yards, the owner knew perfectly what he wanted—and that was no compromise! Military, square, and simple lines were defining the megayacht Remo Ruffini had in mind. So in 2015, the Italian shipyard CRN launched the 54.8-Meter yacht, Atlante. With a dark-grey, almost metallic hull, Altante stands out and challenges the principles of personal yachts. She features a classy but not over-done design, with large square windows, vast decks, and living areas. Even the anchor is hidden to simplify the lines and open the view from the bow to the horizon.

Because Remo Ruffini created a boat that he describes as "very personal", some aspects of the interior design have been thought for an intimist cruising, without a guest's crowd and extra pieces of furniture that will rarely be used. Instead, the designers found ingenious solutions to think scalable spaces, first centered around the owner.

The megayacht Blade, in 2010, wasn't launched as she is now. Although she was widely recognized for her vertical bow and sharp exterior and luxury interior design, the first called H2home has undergone a drastic redesign after being sold and renamed as we know her today. During 8 months, specialists from all around the world gathered in La Ciotat, France to completely rethink and rebuilt the interior of the megayacht. Nowadays, the Blade, built by MMGI, features an uncommonly bright and white interior design with tall windows. Because of all these changes, the weight of the megayacht increased significantly which impacted the overall cruising performance on the water. She still reaches 34 knots with a 5,000hp turbine. Among other megayachts named above, the Blade is internationally recognized and admired.

How to finish this megayacht series without taking a look at the majestic Dilbar? She is simply the largest yacht, by volume, in the world. Originally identified as Project Omar, the 156-meter megayacht was launched in 2016 after nearly four and a half years in-build by the german yard, Lurssen. The Dilbar is on another level—by technology and greatness. Onboard, she can welcome and accommodate 36 guests in a sumptuous interior design imagined by the Winch Design studios. The Dilbar is also a technical breakthrough: her diesel-electric engines are the largest ever installed on a megayacht, and they allow her to go at a 22.5 knots top speed. Ever since her delivery, the Dilbar has been a megayacht star, arousing curiosity from yacht enthusiasts from all around the world.

Indulging in your favorite pastime AND boosting your wellbeing? Win-win. And on the off chance you h...
May 1, 2020 Read more 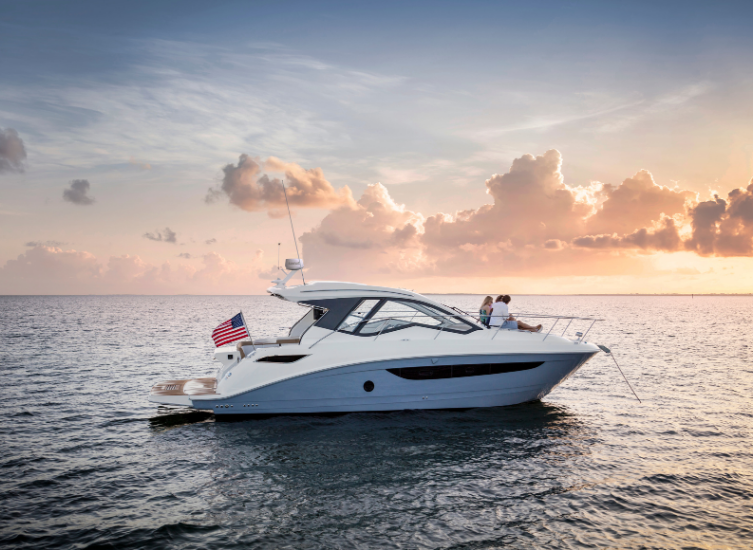 If you're a big fan of boating, fishing and watersports as much as we do, you're probably looking in...
March 8, 2021 Read more 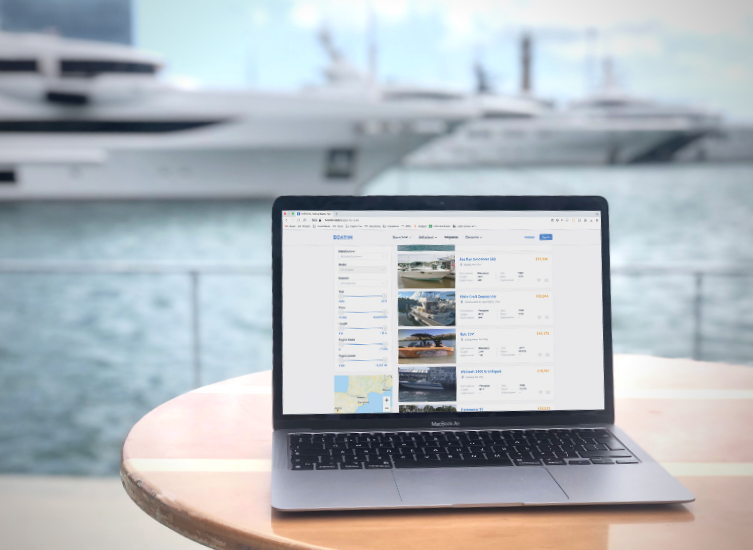 How to sell your boat fast and at the best price